On Sunday, Radha Govind Dham held its first ever Krishn Janmashtmi Mahotsav, block-party style! Opened officially in December 2013, RGD is a one-of-a-kind center for devotion in New York City. Located on a main thoroughfare of Queens, one that is home to many other Hindu temples, the ashram sits on a hub of the Indian-American community. On the streets surrounding the devotional festivities, there are beauty parlors specializing in Indian weddings, tailors selling kurtas and saris, and Indian groceries, restaurants and sweet shops of all shapes and sizes. People came right off the street to see it all – the dances, the cutest-Krishn contest, the uplifting kirtan and revelatory speeches. Before the sun set, there must have been more than 700 people jammed into the road next to the temple. 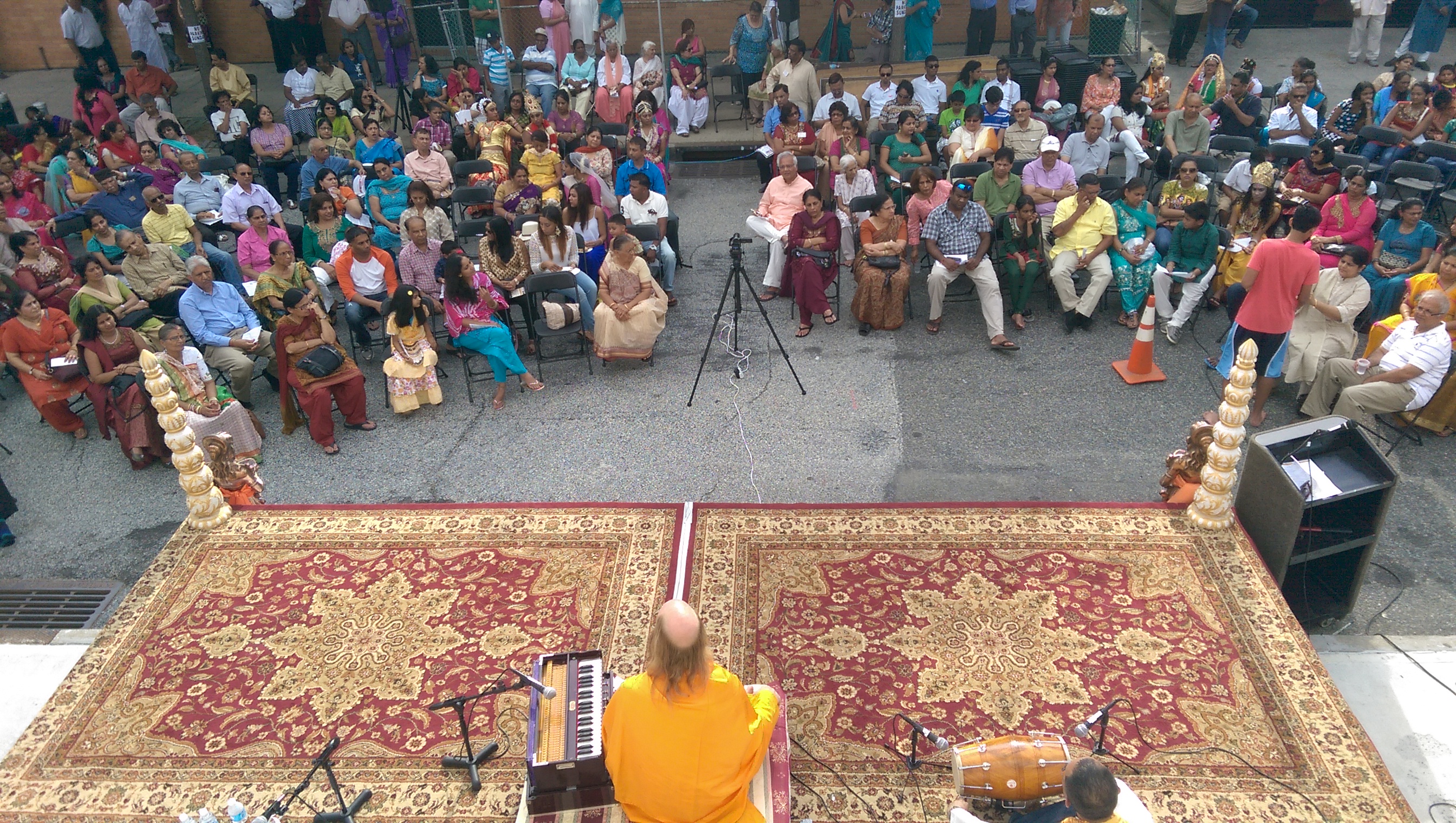 I took two trains and a bus from Manhattan to get to Radha Govind Dham for the party. Others drove from their apartments in Flushing, Floral Park, and other areas of Queens. Some live so close to the temple they simple walked over. Chirag Patel, one of the managing members of Radha Madhav Dham, flew in from Austin for the celebration, and gave a short, wonderful speech to the gathered devotees. There were Indians, Nepalis, and Bengalis all mingling, drinking pink lassi and chanting the name of God with such fervor – from a distance it almost sounded like a concert, not a religious festival. 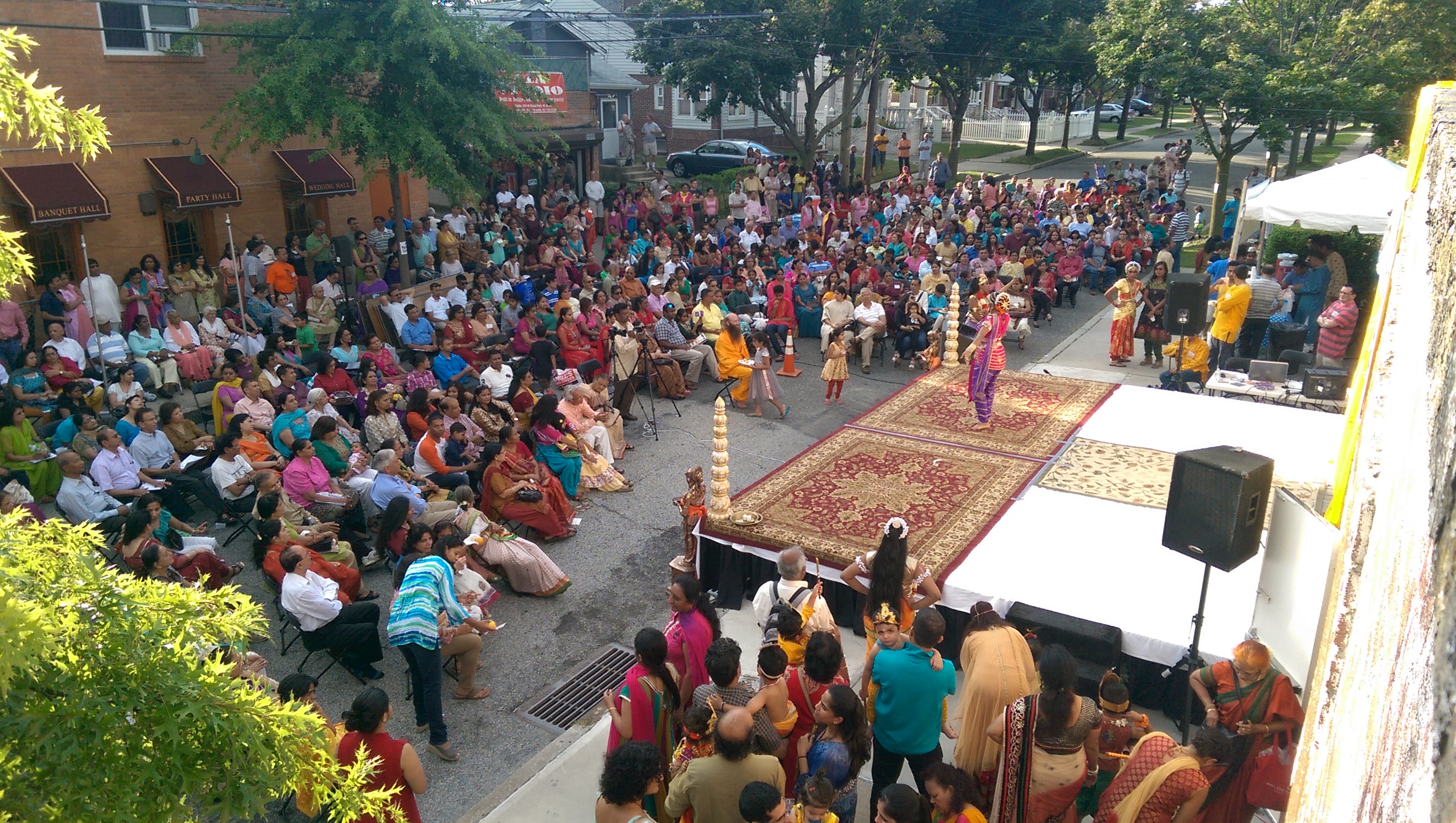 It is always astounding to see this much turnout for any event, but especially in a place like New York. In a city where everyone is busy all the time, even on Sundays, somehow these people found time in their lives to stop by Radha Govind Dham for a few hours for Janmashtmi. They could have easily gone and paid their respects quickly at any of the other nearby temples. They could have even just celebrated at home. It’s a real testament to the organizers of the block party that so many came and stayed for so long. Most of them are probably, at this time of writing, still there, chanting in the hall, watching more performances, praying to the end of the day. Like any good Janmasthmi, the real celebration won’t start until midnight.

Check out the short video to see highlights for the Janmashtami 2014 Celebration in NY.

One thought on “Janmashtmi, NY-Style”