In Recognition of Excellence demonstrated by the Charitable Works of JKP, the organization has been honored by several acclaimed institutions since 2012. 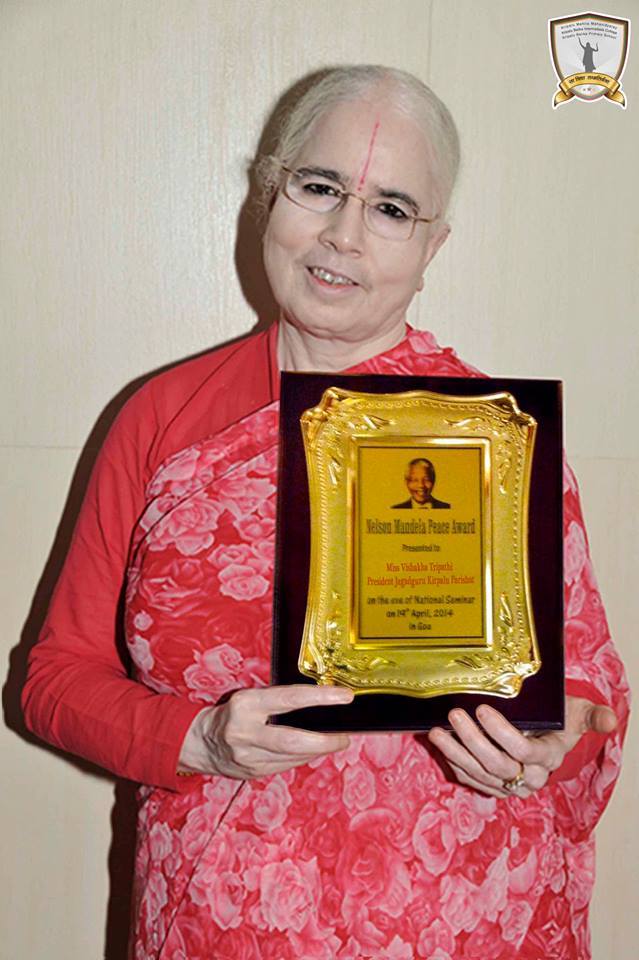 JKP Education’s President Vishaka Tripathi accepted the prestigious award in Delhi on April 19, 2014 from a member of Indian Parliament and former Minister of State of Home Affairs, Shripad Yesso Naik.

In addition to free education, students are provided free transportation, uniforms, school bags, and other school-related items at no cost.

“The aim is to remove any obstacle to the girl’s education that is likely to be induced by poverty”, said Vishaka Tripathi, President of JKP Education.

G.S. Sachdeva, general secretary of the Economic Growth Society of India, commented, “These awards have been instituted with the goal of honoring individuals and organizations that have made selfless contribution towards the growth of India”.

Sushree Vishakha Tripathi Ji, President of Jagadguru Kripalu Parishat (JKP), received the “Nari Today” Award from iNext on May 7, 2013, in Lucknow, India – NARI Achievement Awards salute the Rise of Today’s Women by recognizing the outstanding achievements of an individual, a company, or organization once every year.

For more information please visit our page Charity Work in India or the two websites  http://jkphospitals.org and  http://jkpeducation.org

An aspiring devotee must serve God and Guru with body, mind and wealth. the heart will be purified quickly by rendering service.