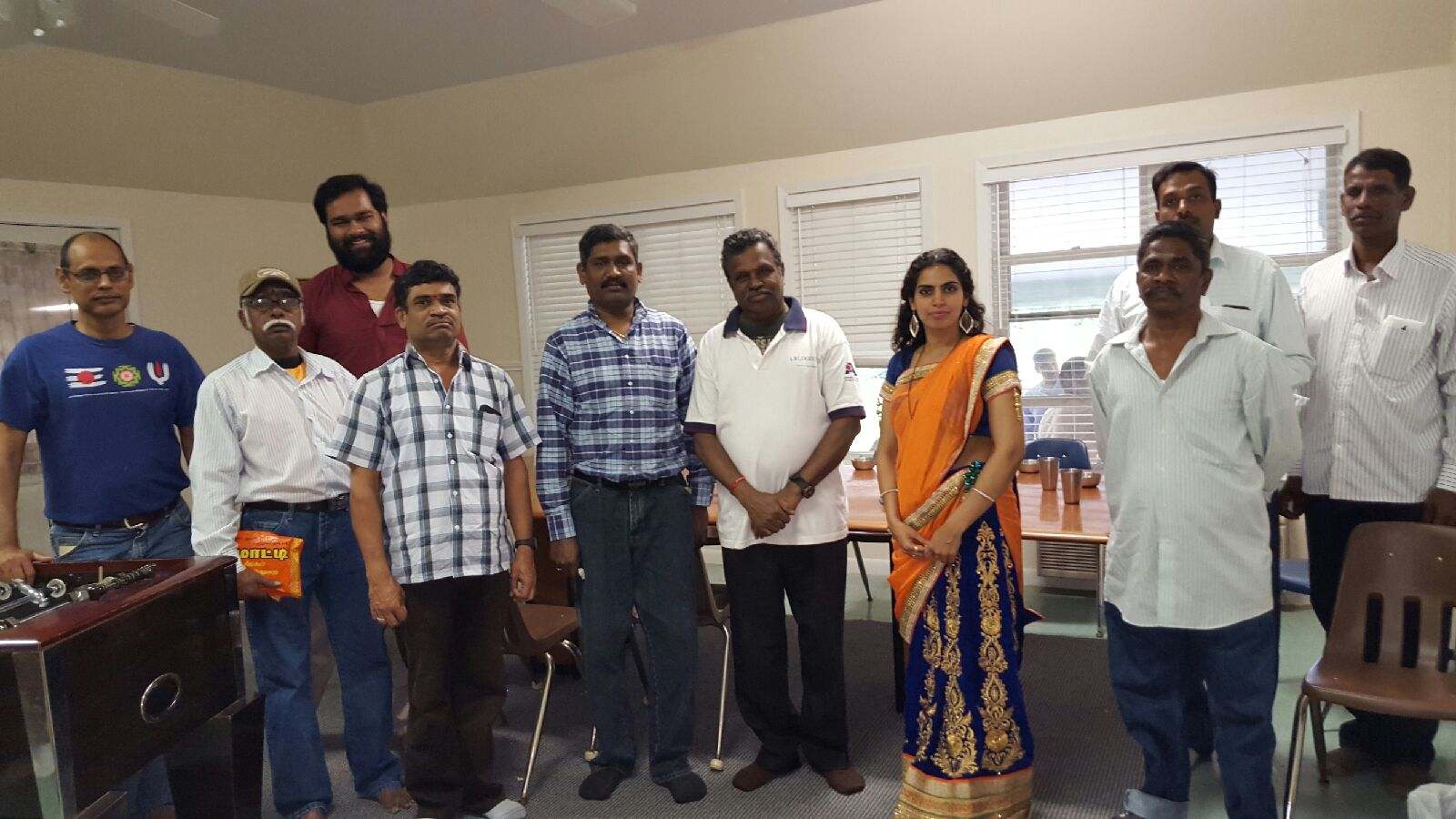 They showed up at the ashram without warning a few months ago. Seven men with mustaches, wearing button down cotton shirts and thick pants, came in the morning to see Radha Madhav Dham. Seemingly impervious to the heat, they walked up and down the grounds, peered at the pillars, and reportedly went up to the roof of the temple, where they pointed out landmarks, and touched the shikar lovingly, admiringly.

A local devotee grabbed me and whispered urgently into my ear. “These are the shilpis.”

I looked at him. I was in the middle of the end of a very busy day. “The who?”

The man seemed insistent, urgent, fighting with his English. “You know they, uh…they built all this.”

“Nope. Those came from India.”

“The shrine!” He became excited, his grip on my arm tightened. “They built this, the temple.”

Now I was getting interested. “Wait, what do you mean?”

“You know, the shilpis! They came twenty years ago and they built this place!”

It connected, suddenly, in my mind, with all the force of a lightning strike. The outbuildings by the parking lot, filled with the molds and impressions of the pillars, the shikars, the decorative carvings – those were theirs. The shilpis, the men who made the Raseshwari Radha Rani shrine and prayer hall, the incredible artisans of India who possess talent beyond talent, renown beyond renown – they were here, unannounced, standing in the shade of the breezeway as the noon satsang is ending, looking for someone to talk to.

So I went to talk to them.

One, they were very friendly, full of handshakes, jokes, smiles and warmth. The oldest man, according to the local devotee with the insistent grip on my arm, was the leader, the one who led the group to the ashram in the nineties and brought them here to visit in 2015. The man stepped forward, holding a paper parcel, and with great ceremony produced pictures – the construction workers, the bare concrete of the pillars before their embellishments were laid on, and his crowning glory, a picture of himself atop the shikar, swaying in the breeze like a pirate.

Two, the shilpis were about to leave. They’d been here since the early morning, and were getting fairly tired. This dismayed me, especially after looking at the pictures. I had so many questions, so many things I wanted to know, and they had one foot out the door.

Three, they didn’t speak a word of English. They are all from Tamil Nadu, something I did not expect, and most didn’t even speak Hindi. One of the men knew a little Hindi, however, and when I mentioned lunch was about to be served, he conveyed this to the rest of the shilpis. They nodded knowingly, agreeably, seemingly indicating a desire to be fed. I motioned them in the direction of the kitchens, and ran to find Hema, the director of Shiksha, who had an even busier day than me, but who is also the only person I could think of to translate Tamil.

What follows is the conversation the shilpis and I had, in between hurried bites of food, drinks of water and scoops of ice cream.

Where are you from in India?

The main person, their teacher and leader, is Padmashri Stabadi, from Chennai. The rest of the shilpis all come from different places in Tamil Nadu. Kannan is the mistri, the chief, and he is from Unchan, a village in Tamil Nadu.

How did they come to work on the project, RMD?

There is a school in Mahabalipuram for specifically this art. Most students are between the ages of 18 and 25 when they start, under the guidance of a guru. Padmashri Stabadi was one of the first graduates of this program, many years ago. Then he started this company after. Kannan has also graduated from Mahabalipuram.  In the US, Stabadi has built 40 temples. In 1995, Stabadi gathered 10 shilipis and set out to work on the temple. All temples they work on are under the management of the TNHRC, the organization in India that oversees this work.  Now, Padmashri is 75 years old, and is the head of his department.

When you started here at RMD, who was here?

Just Ganesan. He’s the seniormost member. He was one of the original ten people sent to work here. The rest have all gone back to Tamil Nadu. One came back to work in Chicago, another came to work in Miami. They have all scattered to work on different projects. Ganesan is the last one to have come and stayed in the United States.

When you are building the temple, what parts specifically do you work on?

Pillars, designs, the structures, all of the decoration. Everything you see, the visible outside of the structure is what they work on.

What’s the biggest difference here that you see?

They have built new buildings everywhere. The playground is new, the road is new. In those days, it was just a forest, now there are so many buildings, at the temple and in the surrounding area. Ganesan, the oldest member of the group, misses the flower garden in the center, he called it the picnic spot.

If you could build the temple again, what would you do differently?

We can change the designs; introduce the latest styles, the latest designs. The architecture is all done in shastras, measured out to exact specifications. They can’t decide and change anything; it’s all in the shastras. They follow the tradition when they build temples.

This is a North Indian temple. It was done in the Gujarat style, with a wide kind of format. These styles also come under the shastras. Everything is written in the shastras, and that’s what they follow for measurements and directions. Usually, temples are constructed so that the deity faces east, to greet the sun, and they do so here, as well.

As we talked, Ganesan would wander off sometimes, figuratively and literally. He’d watch people out of the window, ask for people at the ashram who were long since gone, and even tried to find his old room, the one he would take naps in when he was done working for the day. Watching him, I knew he was still seeing the ashram in the past, before Radha Madhav Dham, before the celebrations and the families who would come here. I could see it in the way he touched the walls, the way he missed the flowers, the trees. Through him, I too could see what Maharajji saw when he came here  — a vision of the wilds of Vrindaban, remade here in the Hill Country, ready and waiting for Radha Rani’s palace to be built.

One thought on “The Shilpis”