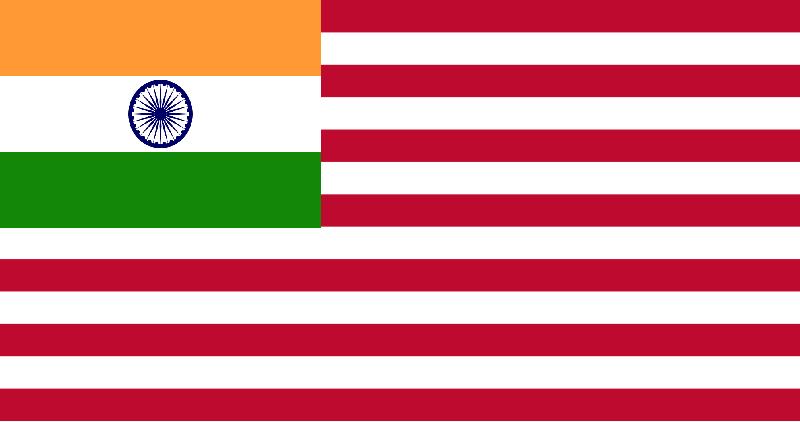 Recently, a discussion on social media got me thinking about ways Indian culture is represented in society. We have a reputation for glorious weddings and somber rituals. Certainly, to many we are model citizens: Indians dominate the fields of science and medicine, score well on tests and are descended from the oldest civilization on the planet. We also have representation as entrepreneurs, farmers, Indian soldiers, and even bhangra-hip hop dance teams. Our little part of the Asian continent encompasses 20+ officially-recognized languages, every habitable climate on earth, and an ever-expanding and diversifying culinary scene. To others, Indian culture screams for emulation, and so we have yoga pants, prayer beads, kirtan ‘jam-sessions,’ mandala posters, Ganesh statues, Bollywood dances and parodies and so much more, up for sale, up for grabs, like some kind of flea market. Just as India, one country, holds so much diversity, Indian diaspora has multiplied that diversity tenfold.
With so much information about Indians (wrong or right) out in the American ether, I feel a certain responsibility to my culture. Not to try and defend it, to point out wrongdoing where I see it and fight oppression at every step, but to educate. Indeed, among all the roles that Indians occupy, the role that is most sorely missed is that of the teacher. We pride ourselves in being leaders, in having the most Indians in this field, in having the oldest traditions to celebrate. But if we don’t find good ways to share those traditions, to develop constructive possibilities to let the world enjoy what we have to offer, our role on the global stage will be incomplete.
With this in mind, I charge you, the Indian-American youth, to learn more about your own culture. Find places like Radha Madhav Dham, temples or ashrams or centers for the Indian community. Discover what makes India such a special place, and its people such unique creatures. Do the research. Learn about Sikhs, Jains, Buddhists, Muslims and Hindus. Understand how undifferentiated is Gujarat from Punjab from Tamil Nadu from Uttar Pradesh. Like it or not, when you go outside, people see an Indian. Learn more about what that means, on a personal level, and one day, you might be able to share that knowledge with the world.
I also invite you to explore our beautiful ashram Radha Madhav Dham, located in the rolling hills southwest of Austin, and is widely known for welcoming hundreds of visitors every day, regardless of their backgrounds, to its religious services, family festivals, and devotional retreats. A good time would be to come for our two-week Spiritual Sadhana Shivir and Youth Camp from Jun 25-Jul 9, 2016. And not to miss is Radha Rani Rath Yatra held on Jul 03, 2016. This is a grand chariot procession with Radha seated on a magnificently decorated chariot, which proceeds through the grounds of Radha Madhav Dham accompanied by hundreds of devotees dancing and singing the kirtan of Radha Rani. Click here for more details on the event.

One thought on “Representing Indian America”