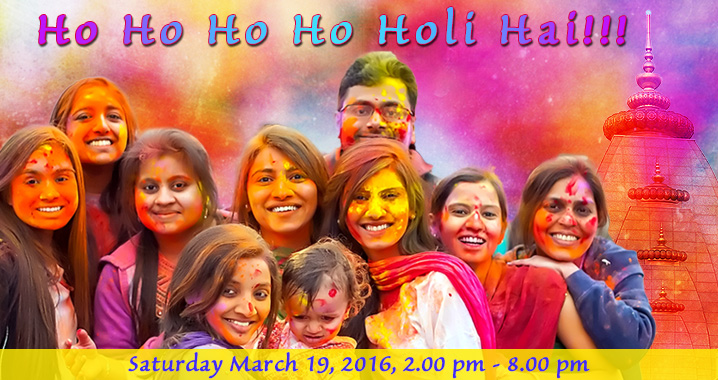 Timing of the Event

Food booths will be open until 9PM

Kirtan in the prayer all until midnight

Holi is also called the Spring Festival as it marks the arrival of spring, the season of hope and joy. It is known as the festival of colors, and traditionally played in India every year to mark the beginning of the spring season.

Here in America, at Radha Madhav Dham, Holi is played in the same style as it is in Braj district of India – with the same colorful, playful, family-filled fun and devotion. Each spring the Austin Community looks forward to this joyous celebration of Holi, the festival of colors.

This year, Holi play will be accompanied by a live band singing Holi songs from Braj to liven up the environment with uplifting music. We will also have the traditional Holika fire burning to remind ourselves that evil always burns in the face of good – the deeper significance of Holi & Holika are included in the “Holi talk” by Swami Nikhilanand, which will be presented in English.

To view live scenes of Holi play at Radha Madhav Dham, click on the link .

Do yourself a favor – come and play Holi this year at Radha Madha Dham on Saturday, March 19th! Bring your friends and family to join you . . . although on this day, even strangers seem like friends during the joyous and energetic celebration of Holi.