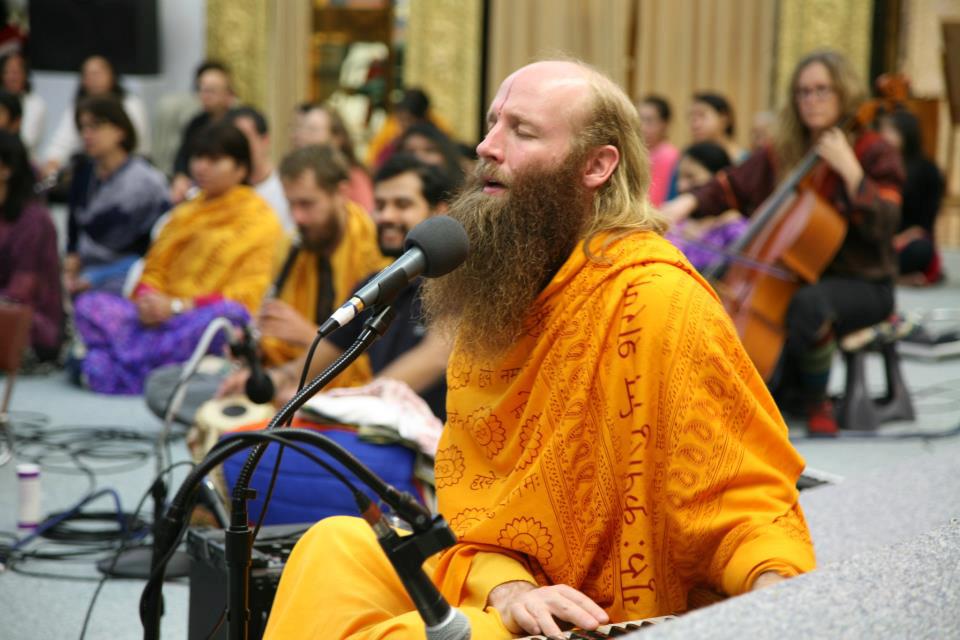 Continuing along the interview path with Swami Nikhilanand, our conversation turns to Hinduism and the thousands of young Indians in America today. Swami Nikhilanand has an excellent proficiency for working with kids of all ages, and is often praised for his good influence and teachings. My own experience with teaching children comes from a few summer camps for five- to ten-year-olds, babysitting and my younger cousins; so, needless to say, I am taking good notes.

What do you think is the biggest challenge facing Indian youth today?

“It’s hard to get a sense for that, just from sitting in class. Most of their lives I don’t get to see, I see people on their best behavior all the time. Unless someone approaches me with a problem, I’m kind of oblivious because they don’t show that side of their life to me.”

“One problem that is obvious is having one foot in Indian culture, the culture of their parents, and one foot in American culture, the culture they are surrounded by at school, with their friends. I think it’s a challenge for a lot of kids. Some kids do it remarkably well and very smoothly. But some kids probably feel that ‘Mom and Dad grew up like this, and they expect this from me, and 99% of Americans live differently, and my friends get to do different things than I get to do’. But that was my case growing up too; my parents were pretty strict on me. But probably every kid thinks like that.”

Swami Nikhilanand smiles. “I don’t know if it’s a case of wanting freedom at that age, or the product of some cultural thing, but I’m sure it’s a little bit of both. It’s hard to be caught between the two cultures. I don’t even think it’s necessarily a bad thing, it just takes some adjustment. The main thing is if they get a good knowledge of what Hinduism is, then they’ll be able to make their own decisions. That doesn’t mean they’re going to live the way their parents did, but as they live they’ll be able to incorporate some of that in their lifestyle, their decisions, and it will benefit them. Being here in America, you can’t look at it as a problem, you can’t avoid it. You have to take the best from both cultures, and a lot of kids do that well.”

This is an answer to a long-standing issue of mine. Growing up in a post-9/11 world, I was incredibly grateful for the influence of Radha Madhav Dham and the Indian community in Austin, but not everyone who is Indian in America has large number of Indians in America to support them. Like so many other ethnic groups in this country, many Indian youth and teens feel the need to conform, to closet off parts of their identity in order to fit in. I saw these people as actively trying to forget where they were from, and I developed a hefty dislike for them. But what Swami Nikhilanand said turns what I’d always considered a problem into something else entirely: an opportunity to learn.

Towards the end of our interview, I remark at one point that people certainly must act differently around Swami Nikhilanand, that “men of God make people feel guilty and judged.” He laughs, and says, “I don’t think it’s true for Hinduism.”

“Because Hinduism is knowledge-based, not guilt-based. Hinduism says, ‘Understand what the consequences of your actions are and choose.’ But it’s your choice. No one is going to make you feel guilty for it. I think most people wish they had more knowledge about Hinduism.”

This, more than anything else, is the mainstay of Swami Nikhilanand’s teachings, and Shree Maharajji’s teachings. Proper education, gaining a correct learning, so we can make educated, informed decisions in life, is a part of our culture’s greatness, and it’s a part of Hinduism’s greatness, too. Youth and adult, immigrant or native, wisdom is something we all benefit from. Take heed from your guru, your scriptures, your education, for it is from them you will receive guidance and find a path in life. If you missed the first part of interview, read it here – Swami Nikhilanand’s Interview – Part I.

One thought on “An Interview With Swami Nikhilanand – Part 2”